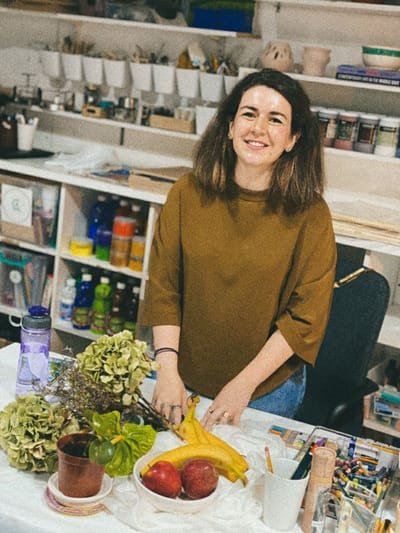 Sarah Hatahet (b. 1986) is an Abu Dhabi-based Jordanian illustrator, printmaker and art curator. She graduated from Jordan University in 2008 with a BA in fine arts and printmaking.

Her practice includes printmaking, digital illustration and mixed media on paper works. In her work, she delves into her own memories and digs into past experiences with people she's crossed paths with, she touches on emotional memories and emotional intelligence. These people when translated to paper lose many of their physical characteristics and become gender neutral characters that carry only the weight of the memory the artist has with them. Her characters are smiling, laughing, crying, loosely attached to each other and sometimes merging into one physical form.